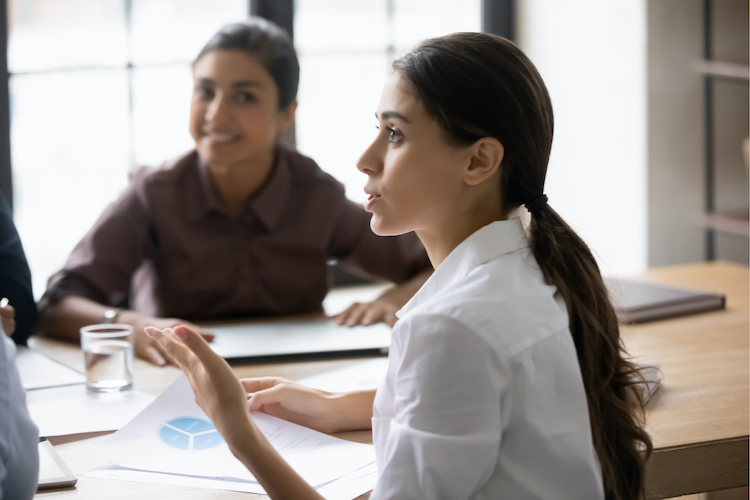 A month or so ago, a friend and colleague asked if I’d speak at a conference that she chairs. Because I value our relationship, I really, really wanted to say yes. But saying yes would also mean I’d have to move a vacation that my husband and I booked a year in advance and have been looking forward to.

Deep down, I knew that I just couldn’t say yes.

Even so, I put off responding to her for several weeks. I kept trying to talk myself into it. I said to myself, “After all she’s done for you, you can’t do this one thing for her?” And “It’s not that big of a deal! Just say yes and be done with it!”

But none of this sat right with me. I knew what I needed to say: No.

I sent her a note, and she was incredibly gracious. She told me not to give it a second thought and thanked me for considering her request. And I felt immediately relieved. So relieved. That’s how I know the decision was a good one—relief follows.

Why, then, did I have such a hard time saying that one little word?

Why It’s So Hard to Say No

Well, for starters, you don’t want to disappoint people. Or create conflict. Or make someone feel embarrassed for having asked. You say yes to be sure that people around you will like you and want to work with you or for you.

“We have an instinctive need for connection to other people—it’s essential to our survival. We worry that saying no will break these bonds,” says Vanessa Bohns, Ph.D., a professor of organizational behavior at Cornell University.

Specifically, we fear that the other person, whether it’s a child or a co-worker, will feel rejected or take it as a personal affront.

You may also have your identity tied up in this yes/no conundrum. You may describe yourself as helpful, or a good team player. You may think of yourself as able to juggle a lot of balls. You may even pride yourself on this. Therefore, why would you ever say no? You can do it. After all, you’re a go-getter. People can count on you to make stuff happen.

In Psychology Today, Diane Barth mentions that her colleague Kathryn Lively says that women often have difficulty saying no to men because we want to get along. We want to be nice and don’t want to hurt another person’s feelings. We fear that we will “rock the boat” if we say no.

The thing is, none of these are good reasons to say yes when you know you should be saying no.

How to Get Better at Just Saying No

It won’t go well for you if you keep saying yes to every request made of you. You’ll get walked on. You’ll end up burned out and exhausted. There are only so many hours in a day.

You must get better at saying no, even (especially) when it’s not an easy time to do it. Here are three strategies to help out.

As a leader, you must be skilled and ready to say no so you can keep your priorities clear. If you say yes too much, you will dilute your impact and, certainly, your time and energy.

So, the next time you know you should be saying no, remind yourself why it’s the right decision, and then do it. You’ll be so relieved you did.