Say what you need to on social media.

Then put down your phone and pick up your life.

Not many will see you learning, confessing, repenting, uprooting, retooling, forgiving, inviting, empowering.

But we will see its fruit. 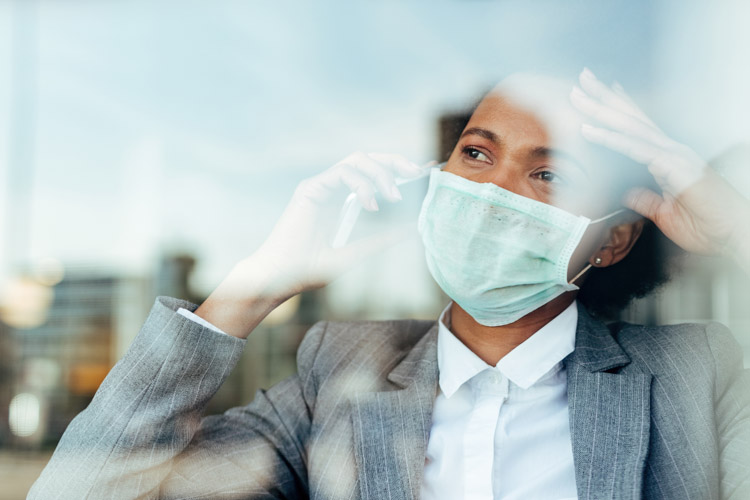 Racist. This is not a term I have ever used to describe myself. But after reading White Fragility by Robin DiAngelo, I can identify my own racism. As a friend of mine said about the book, “It’s a tough but necessary read for white people.” It’s also illuminating and transformational. That’s why I am inviting every white person I know to read it.

With straightforward language and an unapologetic perspective, DiAngelo writes about why it’s so hard to admit one’s own racism and prejudice: We have it in our minds and hearts that racist people are bad people. And no one wants to be a bad person.

In an interview with Sandee LaMotte at CNN, DiAngelo explains:

One of the most important white pillars is what I call the good/bad binary — you’re either racist or you’re not. If you’re racist, you’re bad. You’re intentionally and consciously mean to people based on race. And if you’re not racist, you’re good, you’re nice and you’re open minded. What that sets up is that being a good person and being complicit with racism become mutually exclusive.

Racism is defined as prejudice, discrimination, or antagonism directed against someone of a different race based on the belief that one’s own race is superior. Our culture has reinforced the message of white supremacy (the belief that white people are superior to those of all other races, especially the black race, and should therefore dominate society) for hundreds of years. It’s the water we’ve swum in. It’s the air we’ve breathed. This article by Isaac Bailey, demonstrates that no one is immune to the influence of white supremacy. You and I have absorbed these messages, whether we consciously chose to or not.

But seeing your prejudices and bringing your privilege and sense of superiority out into the light is a step towards change.

How Good Leaders Model the Way

What does leadership look like now that the Black Lives Matter movement has finally come to the forefront of all of our conversations and consciousness? First and foremost, it looks like having people of color on your leadership team. Don’t just give lip-service to this, build diversity into your organization by ensuring that your internal practices - hiring, promotions, who gets opportunities, etc. is not just for people who look like you. Second, true leadership looks like doing your own work. It looks like educating yourself about racism and prejudice. It is taking responsibility for how you are part of the problem. Then it’s sharing vulnerably with your team about what you are learning and what’s becoming clearer to you.

This kind of vulnerability-based sharing is no easy thing. It may even be one of the more challenging things you do in the days to come — in an already uniquely challenging environment. But good leaders model the way. They show others what is possible and open perspectives for those that follow them. This is the heart of good leadership.

I am engaging in this conversation in a way I never have before. As I said, I didn’t think any of this applied to me. I had never considered myself racist and like to think I am a “good” person. I now know that those two terms are not mutually exclusive. The challenge is to walk straight into this conversation, this inquiry. To look at it squarely and not flinch or look away out of discomfort. It might get messy. You may not like what you see. But do not look away. This is a life or death matter.

In my own case, I recently discovered that I have been marginalizing a woman of color who reports to me, and I wasn’t even aware of it. She told me that she feels like I’m not listening to her as fully as I do others and that I seem to be more effusive with other team members. Predictably, I became defensive. I denied it.

But, with further reflection, I can see that she was right. I didn’t listen fully to her. I valued the contributions of other team members over hers. Not once did I become curious about her culture, her way of seeing the world, the impact of our white-dominated western culture on her. My own racism was hidden in the shadows. Now I am seeing all of this, and I’m grateful.

Before the death of George Floyd and the subsequent wake-up call for all white people, I would have argued and defended myself if someone had called me “racist.” As DiAngelo points out, “White people who see themselves as liberal can be the hardest, the most defensive, the most resistant, the most arrogant in their certitude that it is not them.” Now I can see that, too.

Consider that there is no way any of us white people could have avoided internalizing a racist worldview. It’s liberating to learn and understand why you need to stop saying that you’re not racist. It opens up your mind and your heart to a larger conversation, where new choices and actions are possible.

Many of us are asking, “What can I do?” If you are a leader, here are a few tips from a colleague of mine, Carmen Morris, on Forbes:

I will be traveling beside you in this journey toward inclusive leadership.

*Ashlee Eiland is the author of Human (Kind): How Reclaiming Human Worth and Embracing Radical Kindness Will Bring Us Back Together