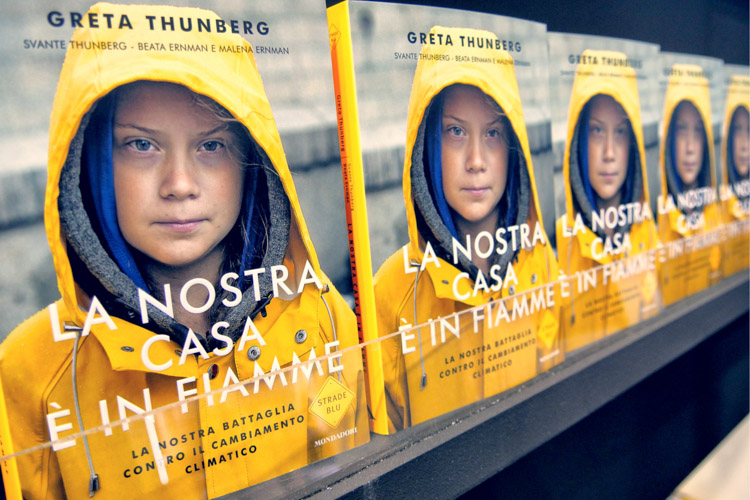 The questions of gun regulation and climate change continue to be volatile, controversial and incredibly polarizing. But no matter where you stand on these issues, you can justifiably be proud of the way young people have jumped into activism. Youth now seem to be taking leadership roles on for themselves, as seen first after the Parkland Shootings in 2018 and, more recently, with climate change marches and rallies around the world. In September, students famously skipped school, made posters and protested in more than 3,900 planned #FridaysForFuture strikes around the planet, part of a growing youth-led movement to weigh in on the leadership inaction on climate change.

It began with 16-year old Greta Thunberg who started striking by herself every Friday outside the Swedish Parliament building in Stockholm in 2018 to bring attention to the issue of climate change. However, there are many others including 14-year old Alexandria Villasenor, Founder of Earth Uprising, and 20-year old Vic Barrett who, along with 21 other young plaintiffs are suing the US government for its role by supporting an energy system that contributes to climate change. All examples of what is widely considered inspiring leadership by individuals considered too young to have the authority to lead or make a measurable impact. But they did.

Young people organized these marches. They led them and walked in them and let their voices be heard. Students using #neveragain and #FutureForFridays to unite via social media and add their voices to the issue. The September 20 protests were likely the largest climate strikes in world history.

What do leaders do? They use their passion to fuel action. They speak up and sometimes shout. They don’t back away out of fear of judgment or repercussions. They take frustration and anger and turn it into something good for the rest of us.

As an expert on leadership, what advice would I give to those who see an opportunity to lead without authority? Four things:

1.     Ground your argument in the heart of the issue. Find supportive evidence about why others should care about what you care about. Emma Gonzalez, a senior at Marjory Stoneman Douglas High School and a speaker at the March 24, 2018 Rally in Washington, D.C., had done her homework. She had data and facts to back up her assertions. She cited the number of mass shootings around the world – in Australia, Japan, Canada, the UK and the US. She pointed to the Tinker v. Des Moines law about students protesting the Vietnam war and winning the right to demonstrate. In her recent passionate address at the U.N.’s Climate Action Summit in New York City, Greta Thunberg said that climate change science is clear, the danger imminent and read a long list of scientific facts from her notes to back it up.

2.    Don’t worry about being judged. Gun control, like climate change, is highly controversial. People have strong opinions about what’s right and what’s wrong. Leaders often face issues that have this kind of polarization built into them. Leaders are people who believe that they have a right to their opinion and perspective. The key is to prepare for strong opposition. This may test your resolve, especially if the opposition is fierce. Hold your ground, keep your feet under you, gather your courage and continue to speak up.

3.    Share your passion with anyone who will listen. Great leaders keep going. They persevere, never losing sight of their passion, of what they care about. Repetition is the key to getting others to take action. You may have to deliver your message a thousand times, through a thousand different channels in order for it to resonate. The good news is that, thanks to the internet, a strong message can be viewed over and over and passed into the hands of millions within hours.

4.    Don’t be political. Stick to what you care about. Being political is the opposite of being authentic. It’s about manipulating situations and, at times, people and managing information to your own advantage. It’s often called “playing the game.” The problem is, acting politically creates guardedness. And when you act politically instead of authentically, you lose the loyalty, commitment, creativity and personal investment of those around you.

So, go ahead and be a leader because, using Greta Thunberg’s words, “There are so many ways to make a difference.” Our world needs more good ones, at any age.